Posted by Dorset Young Remembers at 11:07 No comments:

Have you seen it yet? If not, why not check out our volunteer Jack's fantastic broadcast for ITV local news in March as part of his Fixers project to engage more young people into heritage. It even features our Geocache walk around Dorchester! A fitting tribute for the project.
Posted by Dorset Young Remembers at 10:43 No comments:

The Fixers team were back in town today, as the filming for Jack's report into heritage projects got in full swing. Our friends at The Keep Museum also provided a helping had, with Curator Chris giving an interview. Here are some of the day's highlights where he and the WITS volunteers came together to put their Geocaching and historical knowledge in action! 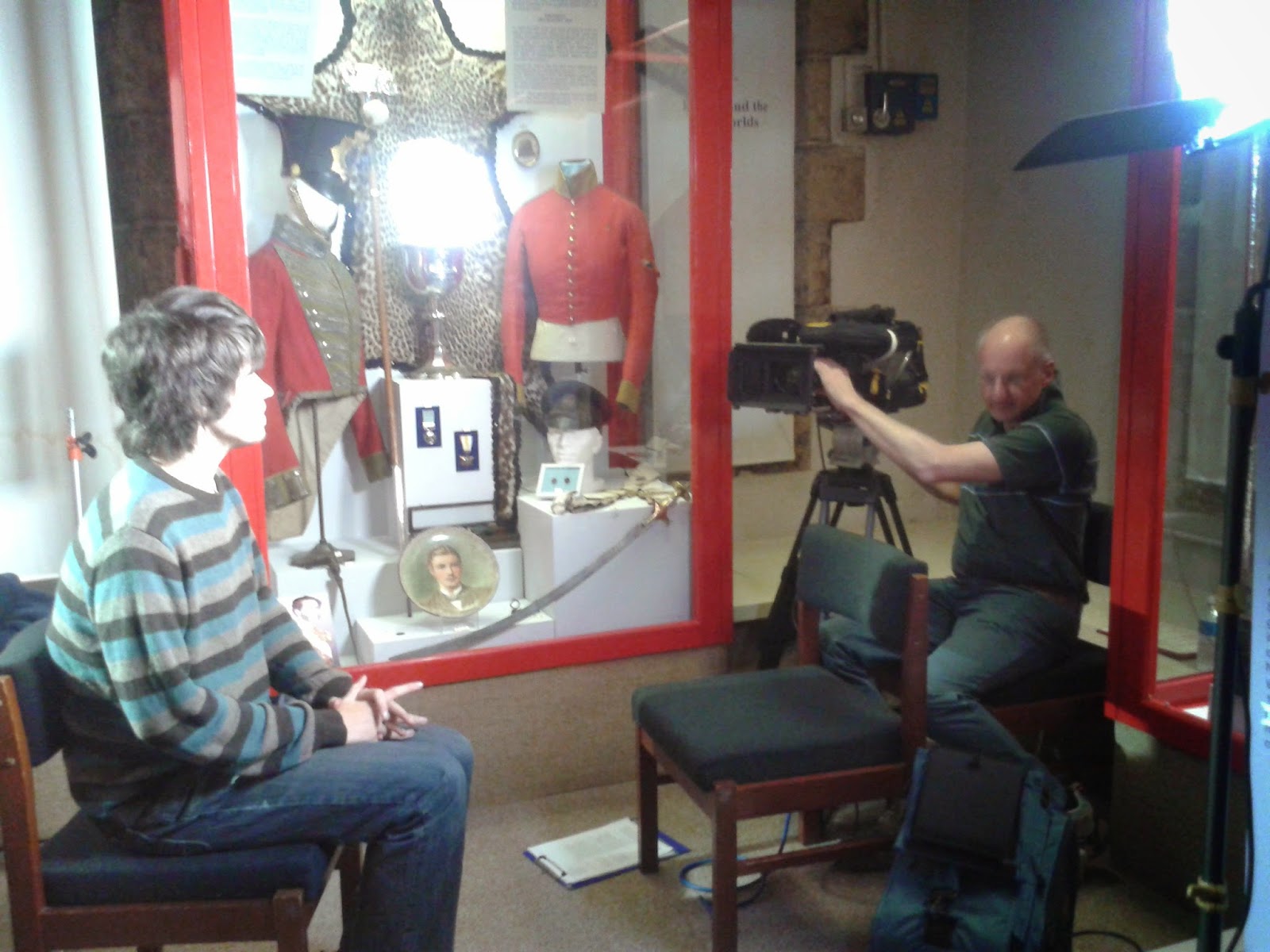 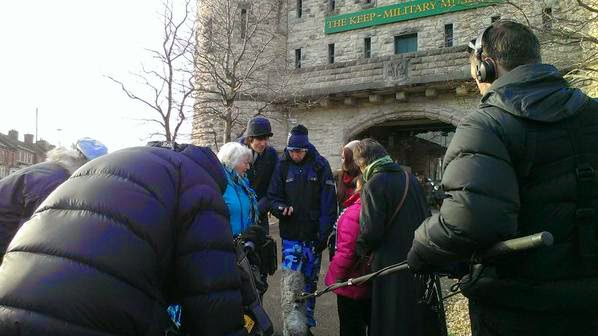 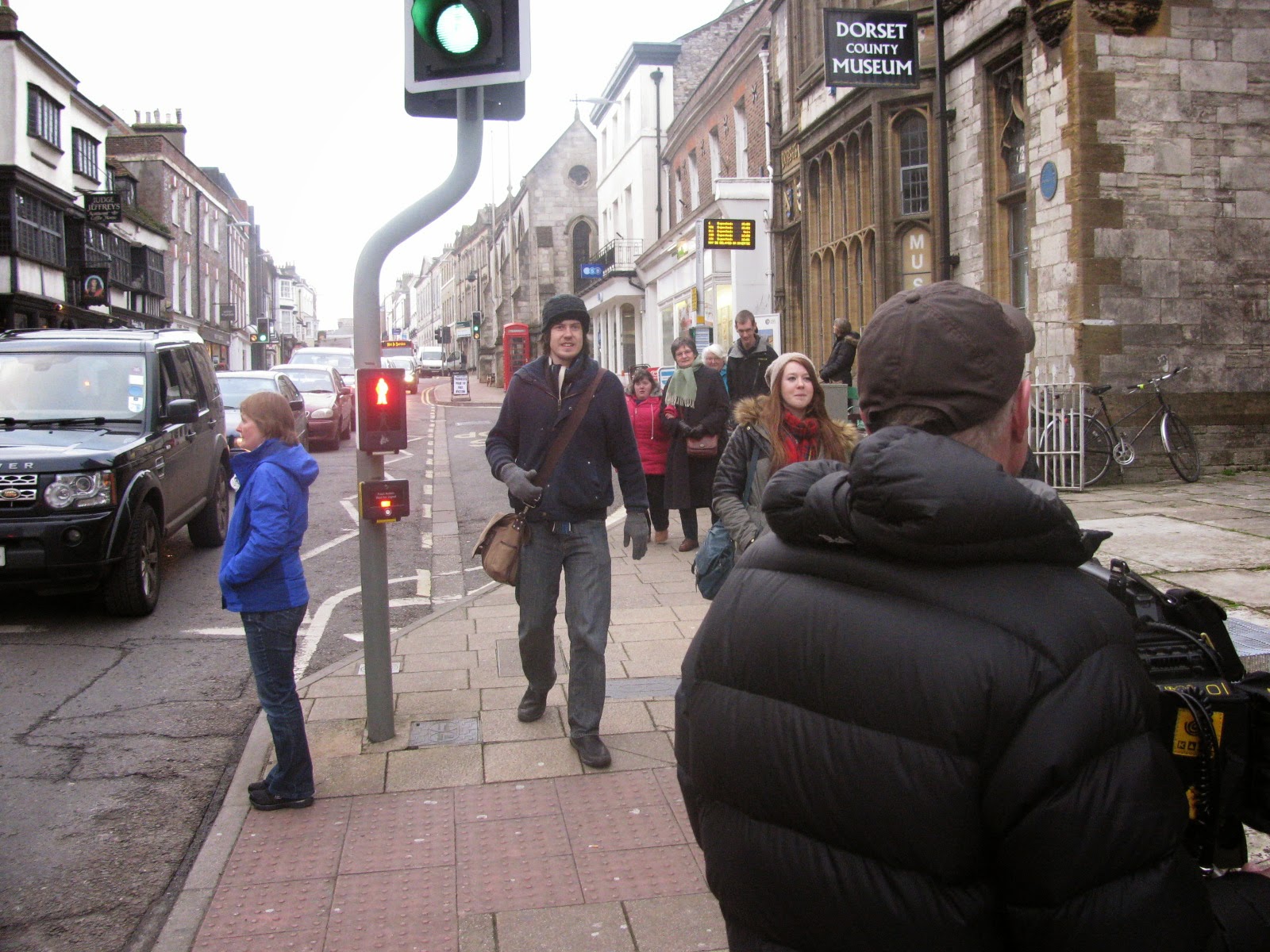 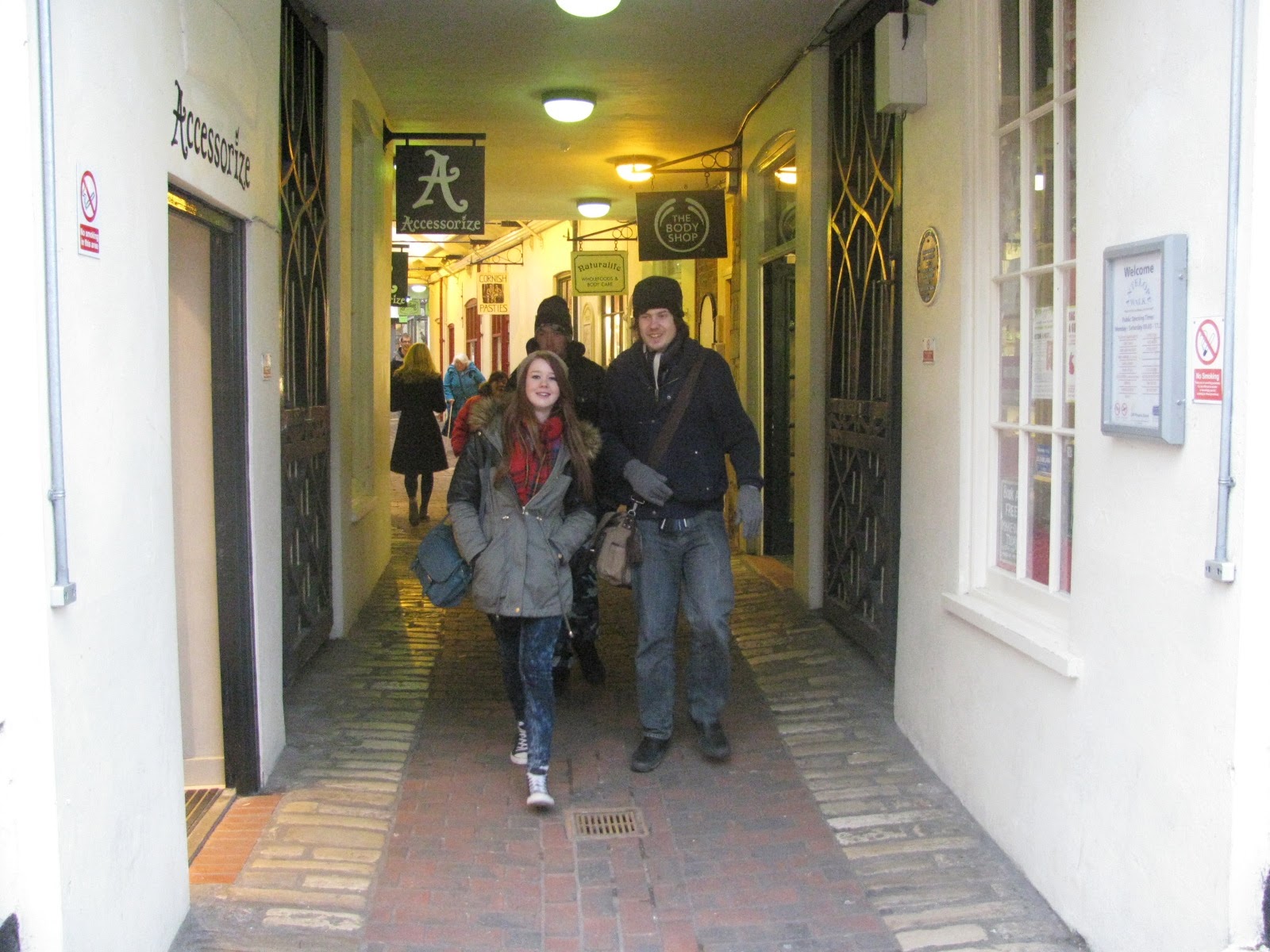 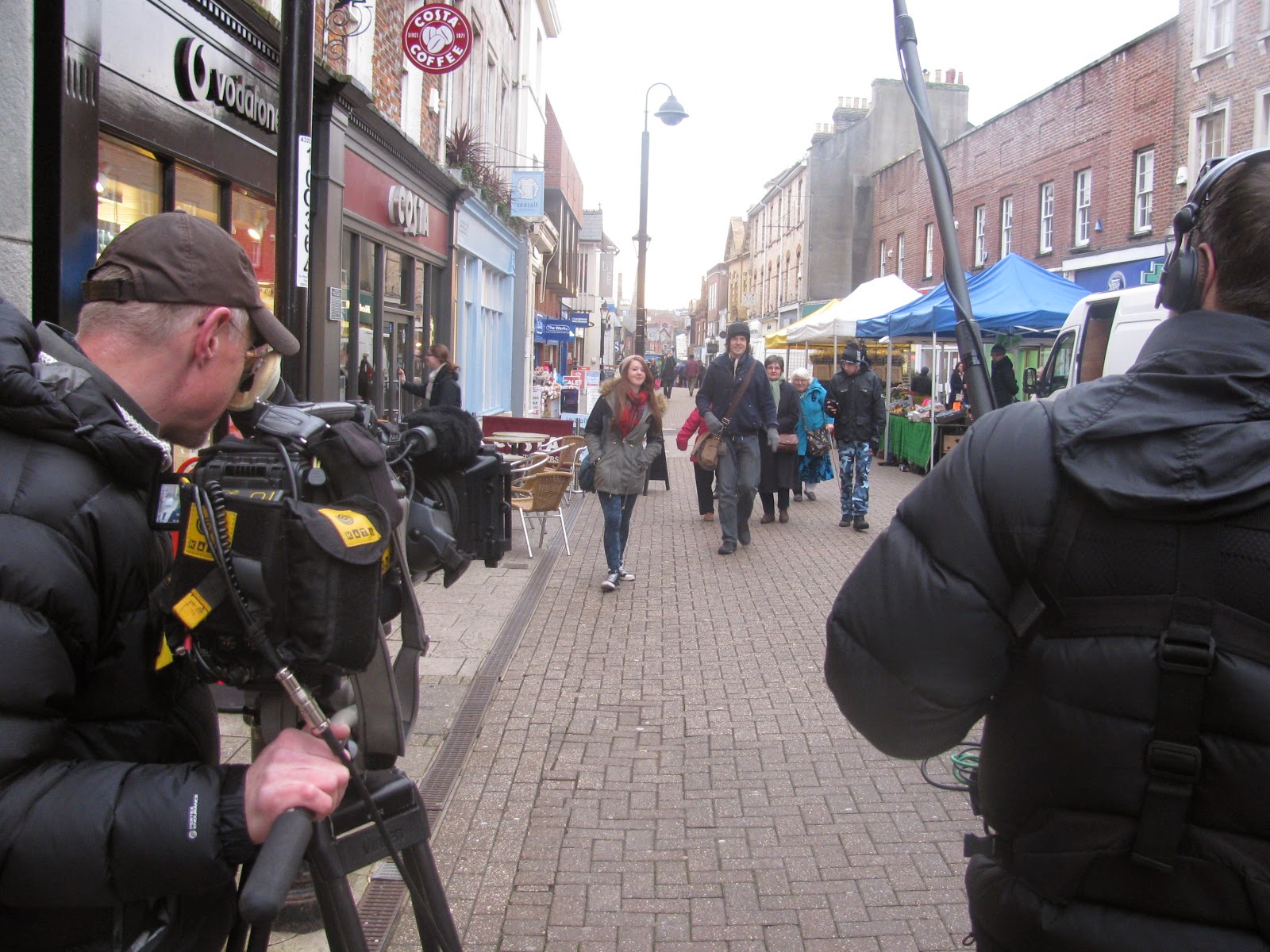 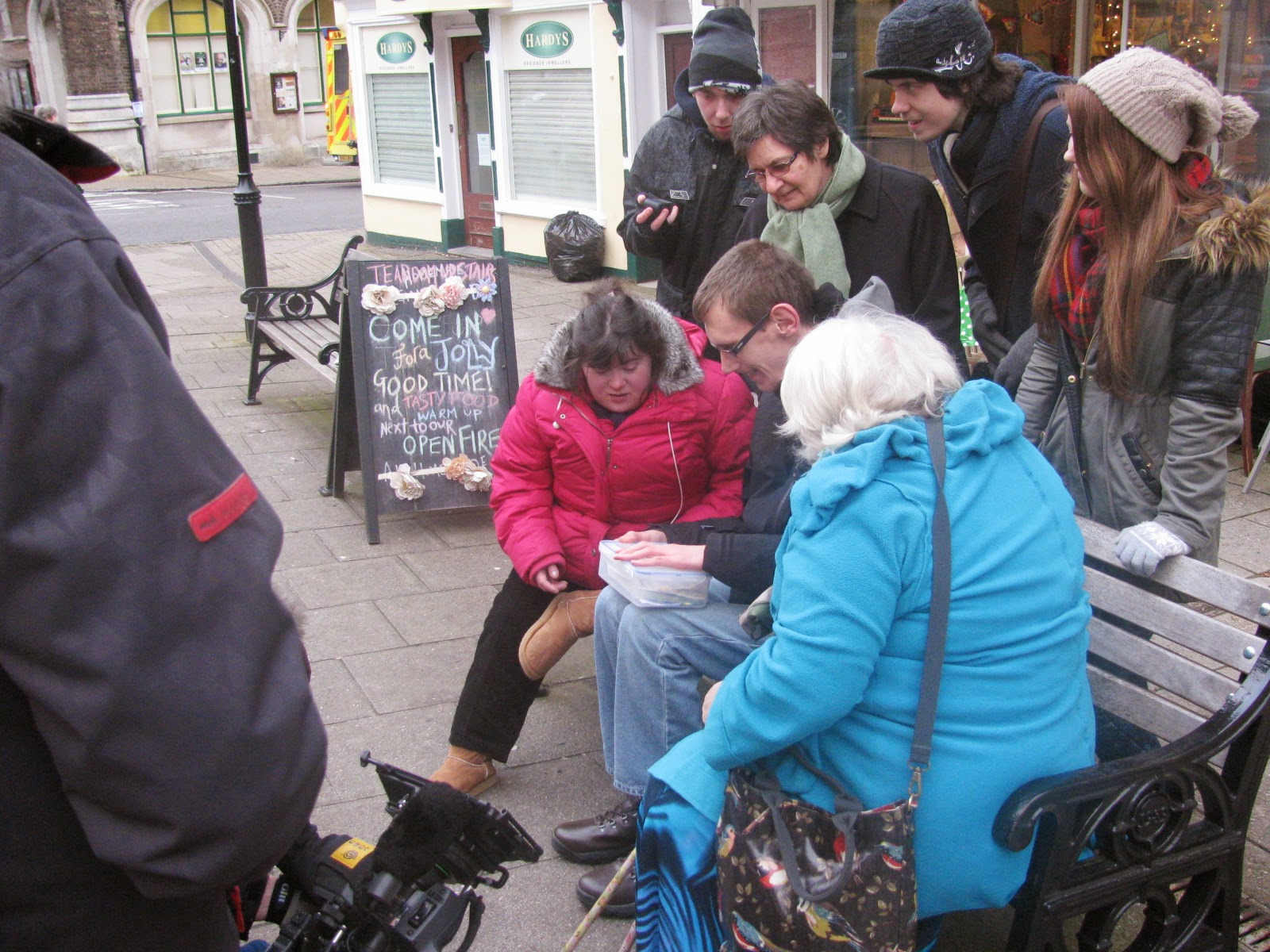 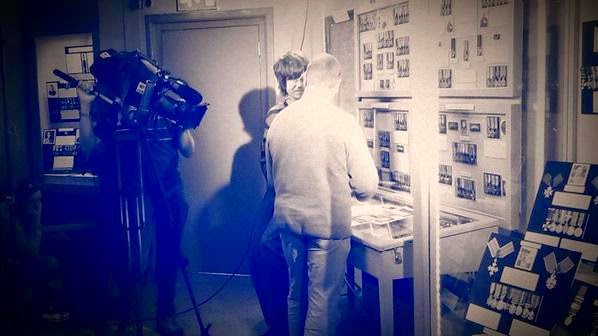 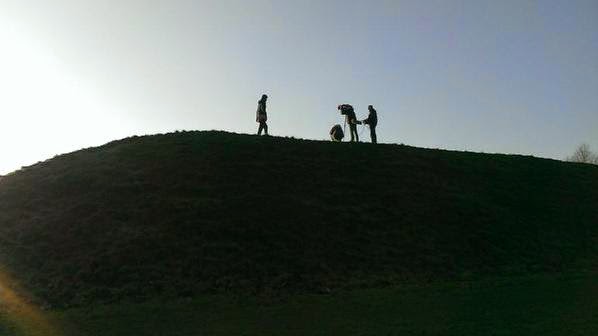 Posted by Dorset Young Remembers at 15:56 No comments:

Posted by Dorset Young Remembers at 05:22 No comments:

After over 15 months of research, Geocaching and adventures around Dorset, the group had a well-deserved celebration of their achievements. With plenty of delicious snacks going around and games of Charades and Pictionary, the WITS team enjoyed getting into the festive mood. We also had the return of volunteers like Jenny and Edward, taking a short break from their studies, to join in the fun!

Here are a selection of pictures from the event: 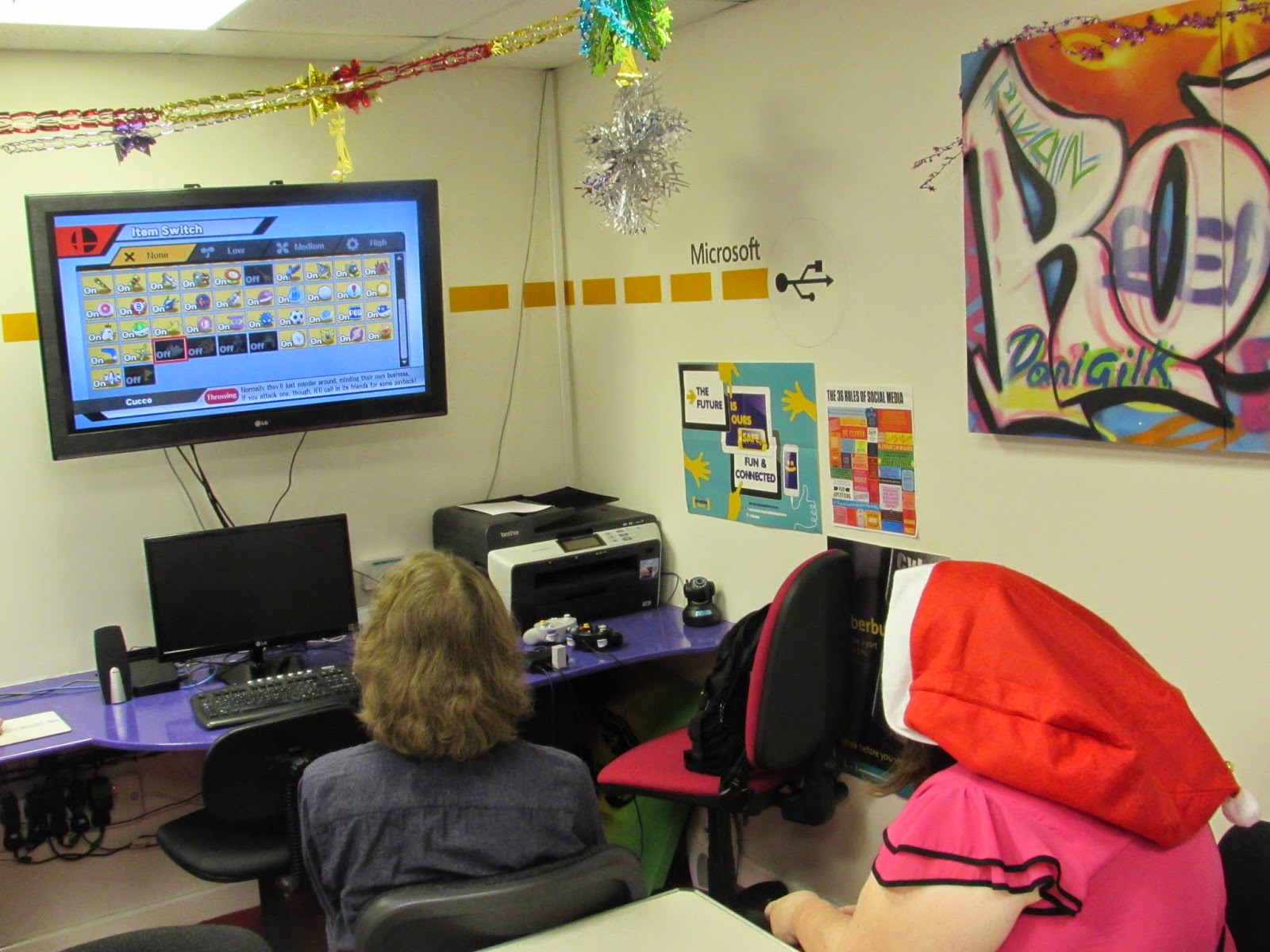 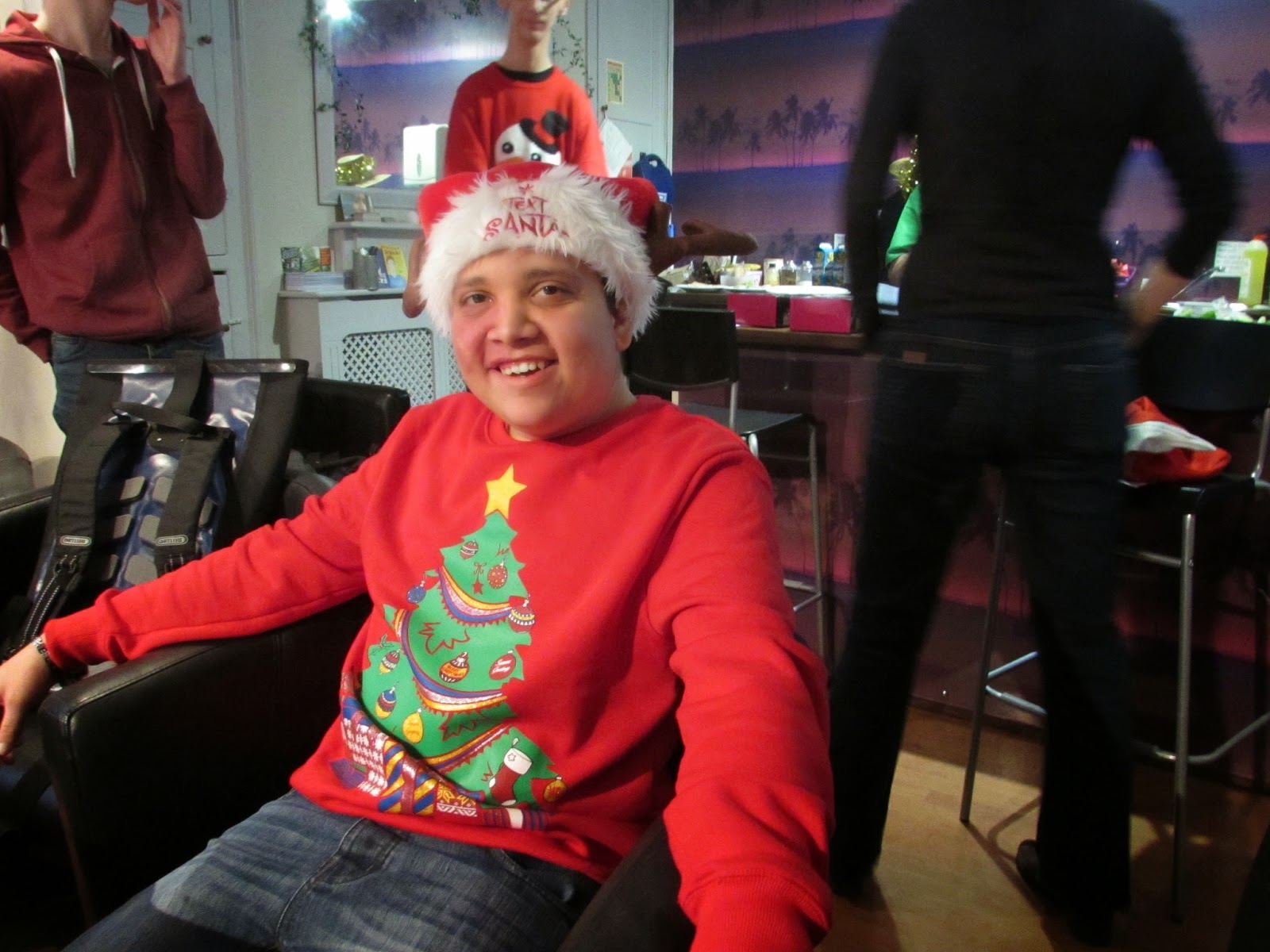 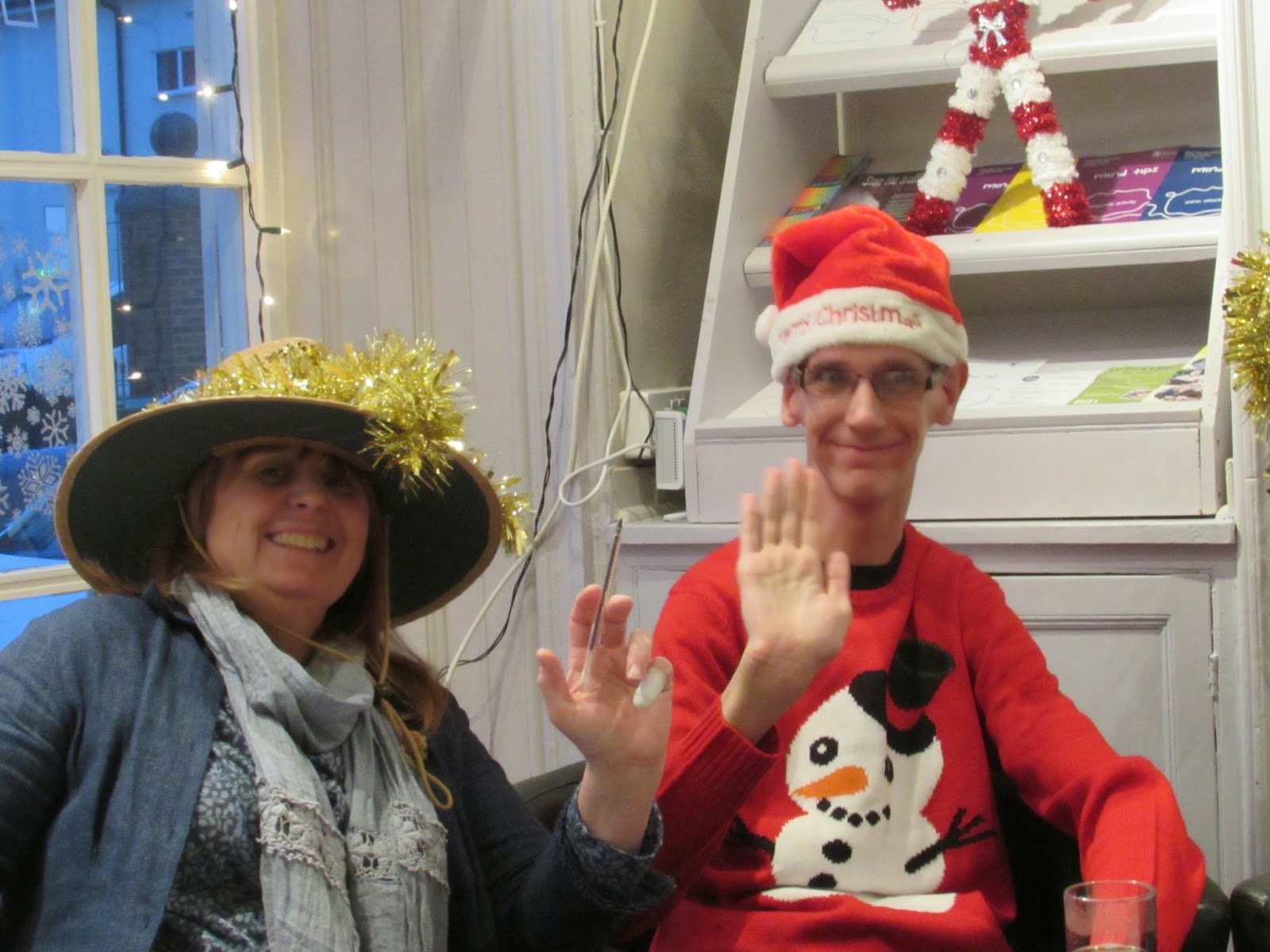 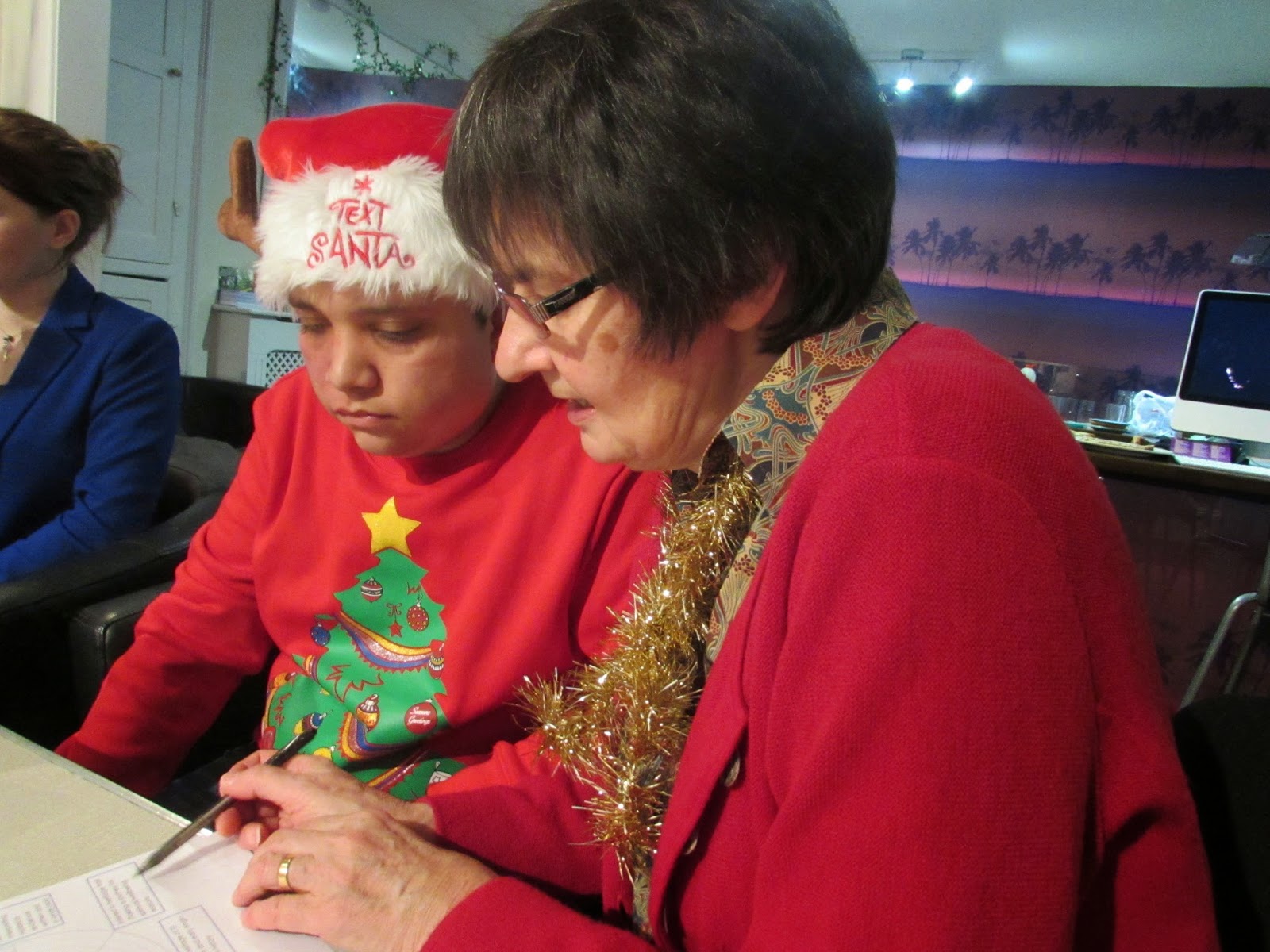 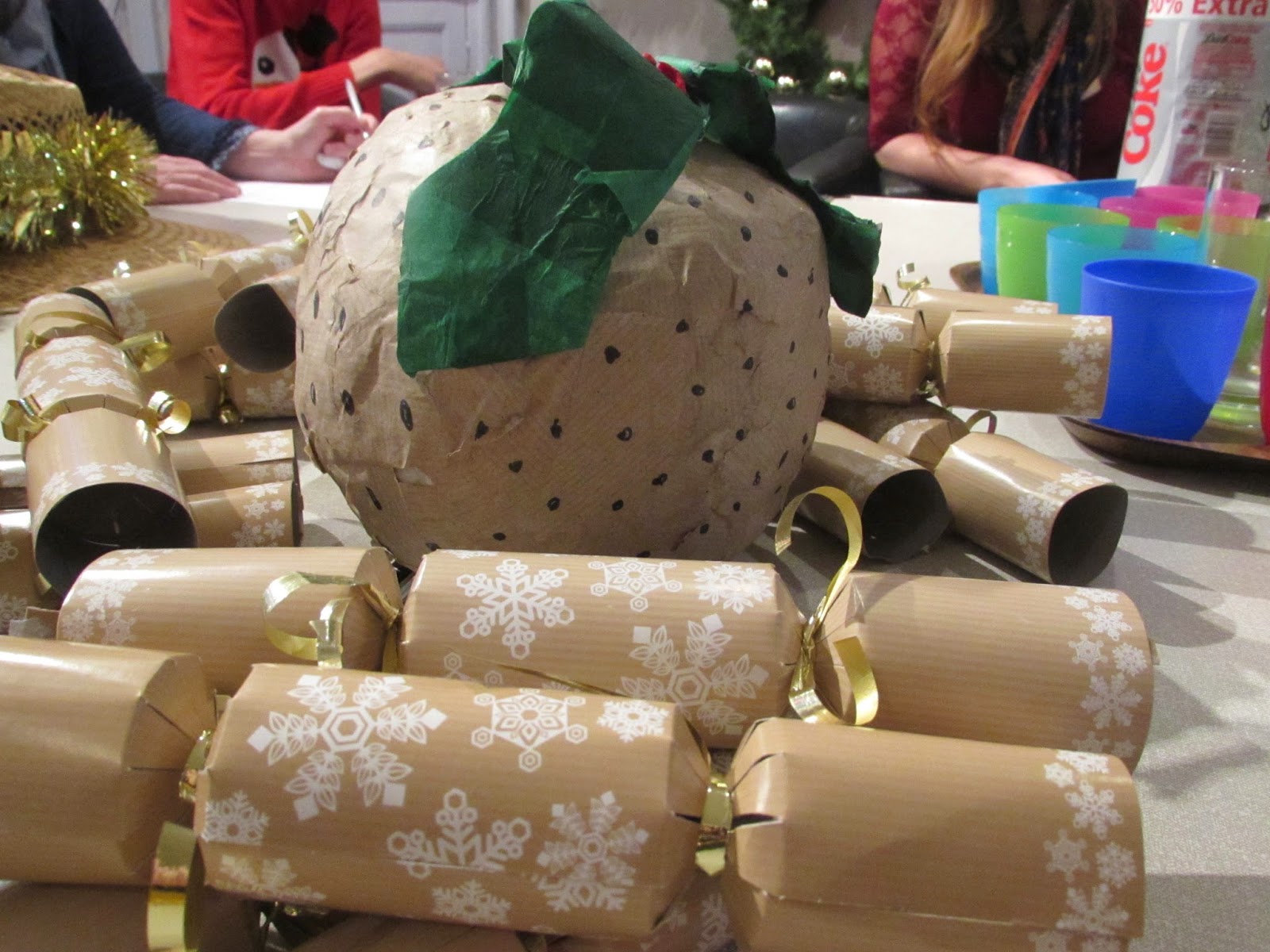 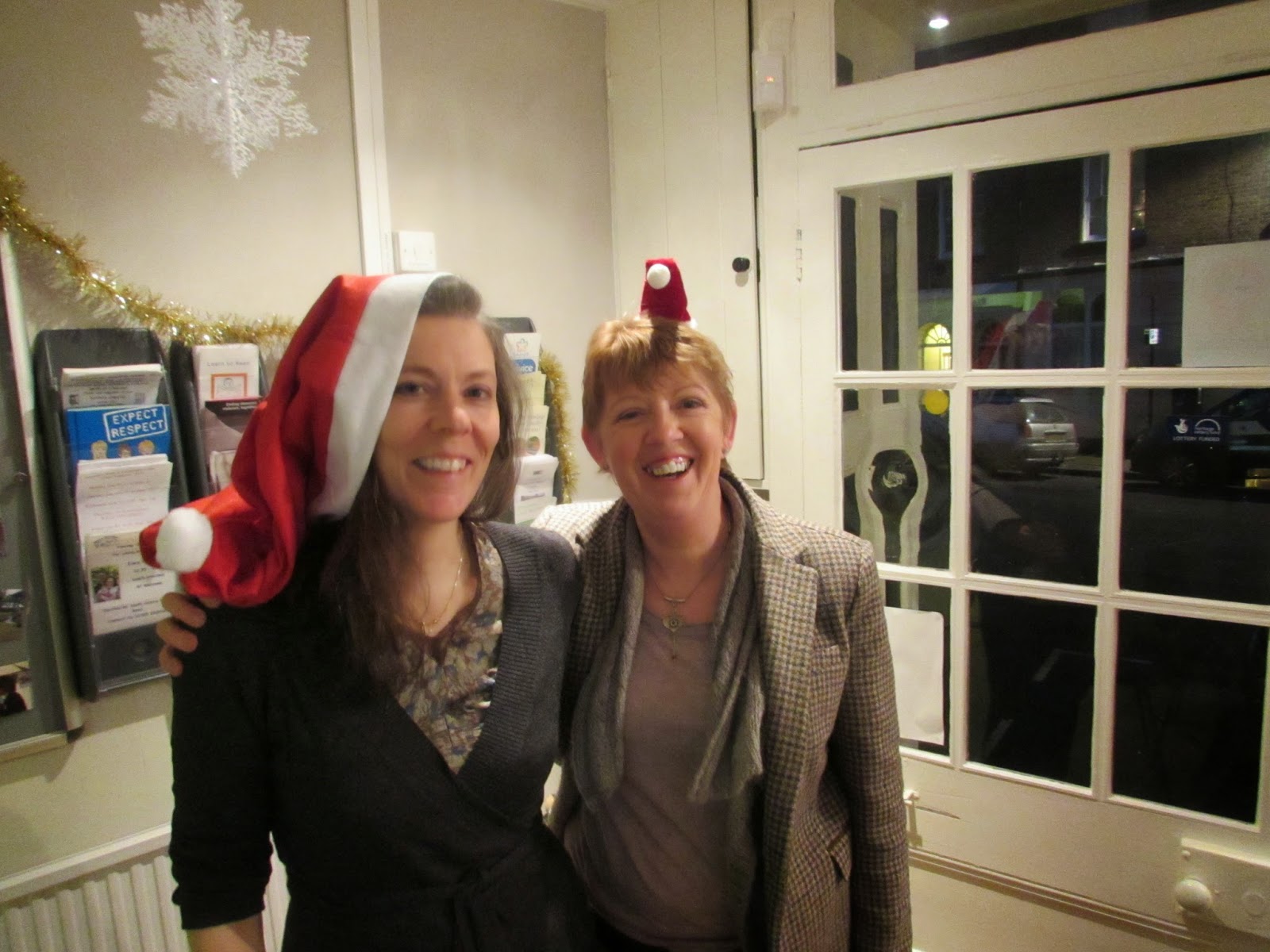 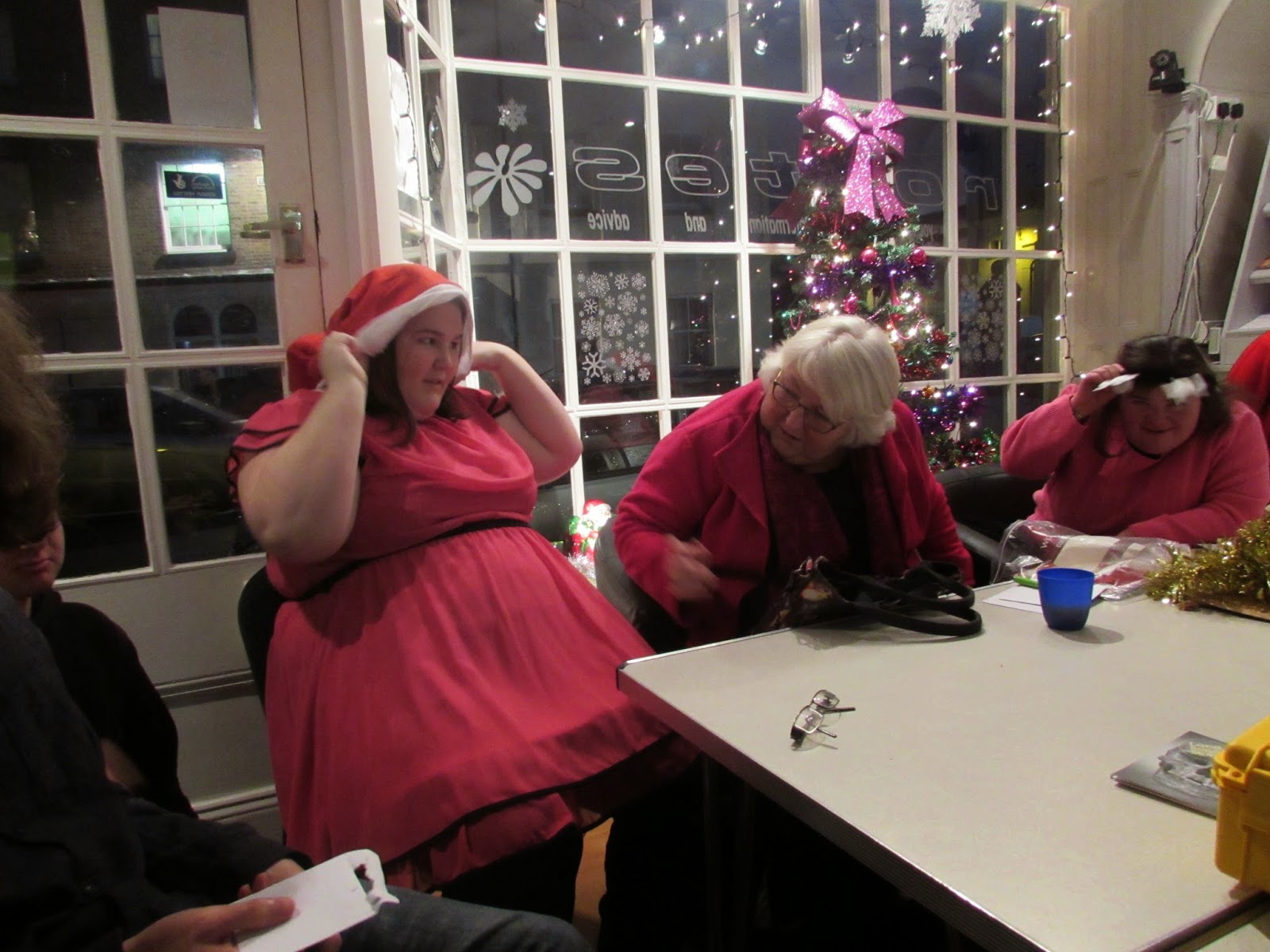 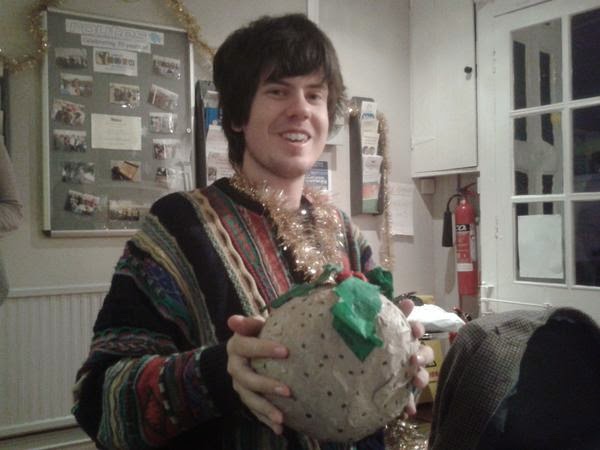 Posted by Dorset Young Remembers at 08:28 No comments:

Press Release: Walking in their Shoes gets People Walking 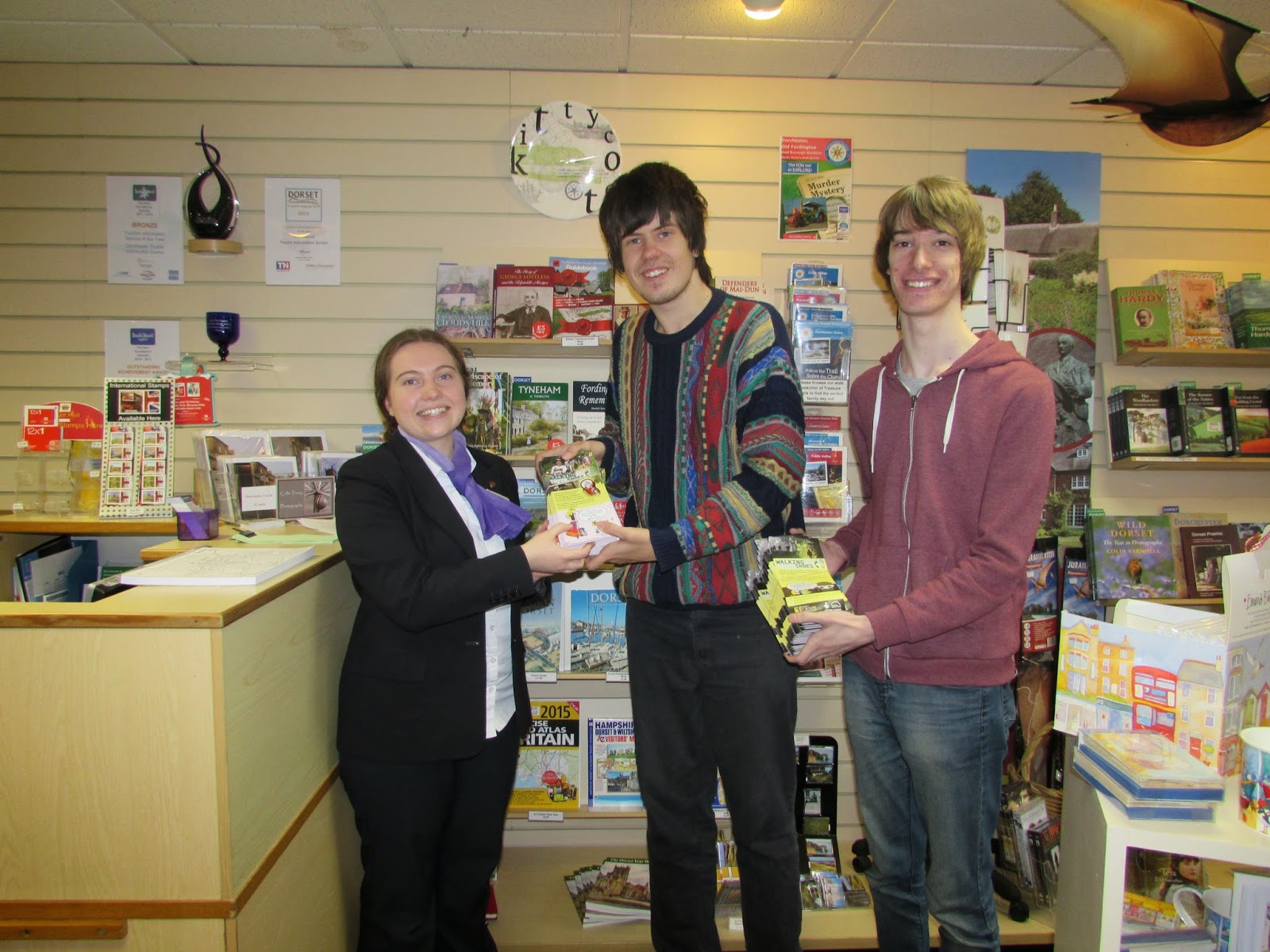 The Walking in their Shoes team, a youth-led project which brought together a mixture of 15-25 year olds to set an interactive history trail walking in the shoes of a First World War Soldier and the Anglo-Saxon monk, St. Aldhelm, are pleased to officially launch their collection of leaflets to promote their walks to the wider public and encourage them to walk along the route. The leaflets were designed by Wallis Agency in Poundbury, after the group received enthusiastic feedback from Geocaching participants about the contents of the history boxes.

The cache contents are all developed, researched and designed by volunteers in the project over the course of almost nine months. They feature a series of flashcards which contain detailed facts and stories about the life of a soldier from when he registered to join the frontline to the terrible realities of what life was like in the trenches. Participants can use a GPS device or a map and clues to locate the containers. Placed at specific locations relevant to this period in history, the caches will hopefully ensure that the memory of those who sacrificed their lives will be appreciated by people of all ages from our insightful walk through time. Dorchester Tourist Information Centre is the first in the county to distribute the leaflets designed to accompany the walk.

One Geocacher commented: “We enjoyed doing another one of this series: it is difficult to imagine what those first 2 weeks were like for soldiers. It is clear you have put a lot of work into this cache and series - you should feel very proud.”

Further positive feedback included: “The information on the cache page really brought the history of the soldier to life. I could picture what life would have been like. We are all so proud of all those who fought for us and it's a good time of the year to remember all who were involved and affected by all wars.” 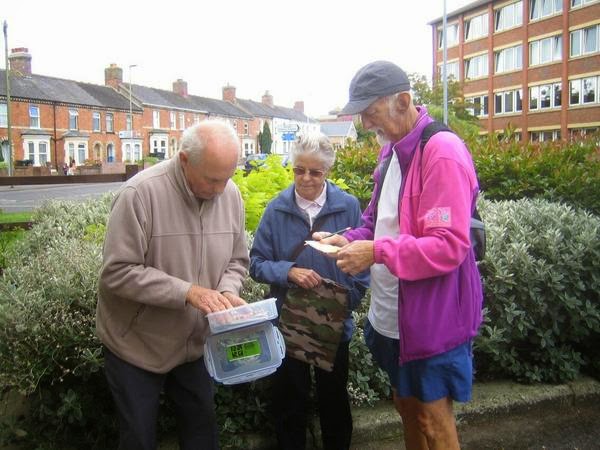 Lorna Johnson, Project Officer for Walking in their Shoes, has been delighted with the feedback so far and said, “The young team worked really hard with partners at the Military Keep Museum and Bovington Tank Museum to put together a great walk. It is a great activity to do in Dorchester and Moreton and proves young people have a passion for their local heritage and are very successful at telling important local stories in new and exciting ways.”

The project is also launching its second walk in the county, and people will soon be able to walk in the shoes of St. Aldhelm, first Bishop of Sherborne. They shine a light on this important but little known Anglo Saxon hero from 705. oly man from 705HolHpplddHol;The trail will start in Sherborne and continue through Cerne Abbas, Wimborne Minster, Wareham and finish at St. Aldhelm’s Head.

Geocaching is an interactive and challenging activity where users go on an outdoor treasure hunting game using GPS-enabled devices. Participants navigate to a specific set of GPS coordinates and then attempt to find the geocache (container) hidden at that location. For more information, visit http://www.geocaching.com/.

About Walking in their Shoes
Walking in their Shoes is a group of 20 strong volunteers, aged 15-25, who have researched and designed new activities for members of the public to engage in the history of Anglo Saxon and First World War Dorset. The project is funded by the Heritage Lottery Fund.

Posted by Dorset Young Remembers at 03:07 No comments:

Match of the Century 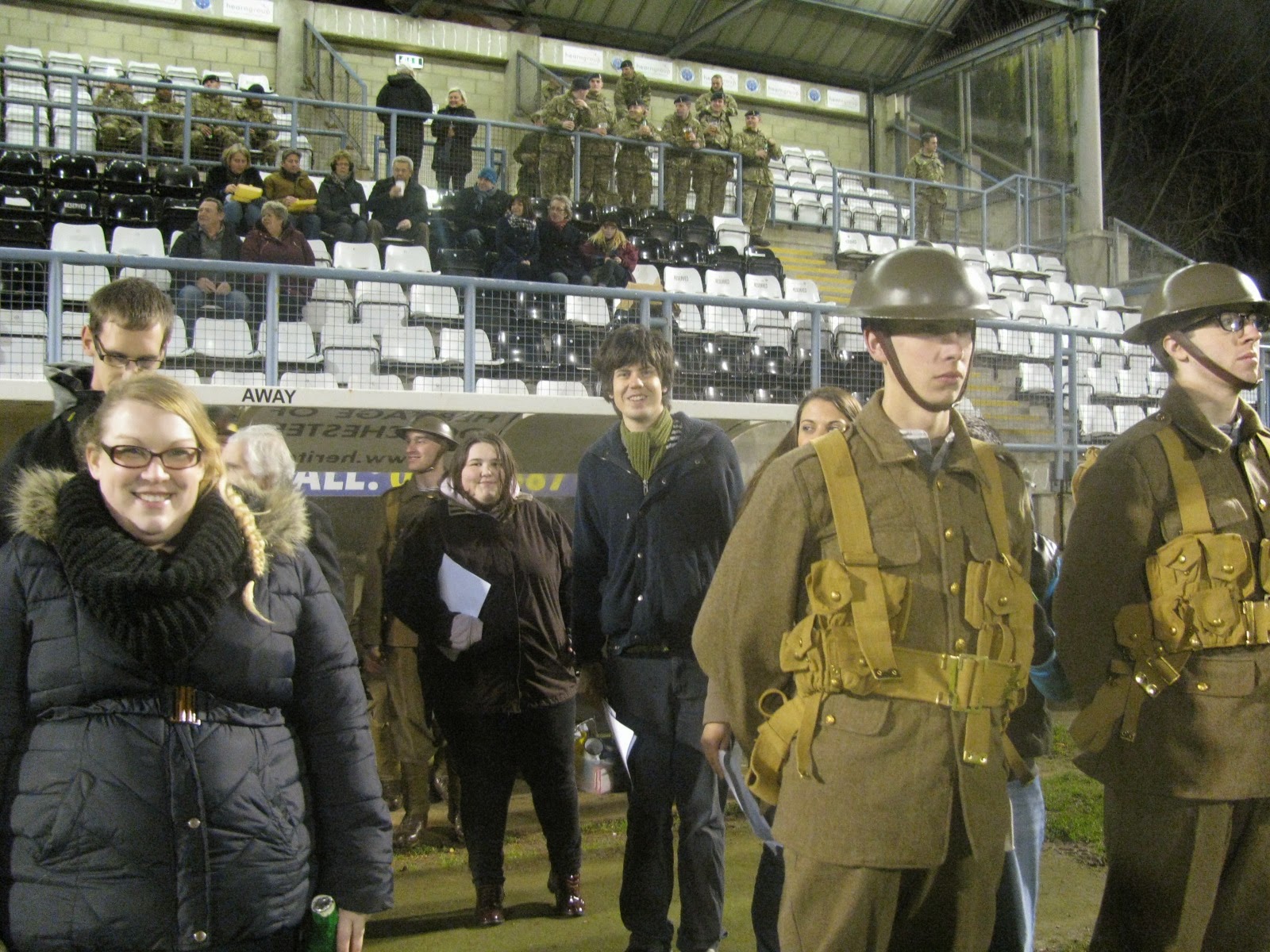 As the First World War centenary commemorations continue, the team at WITS, having developed a strong reputation after their success of the Corn Exchange event (which you can read about here) were thrilled to be speaking at what was billed as Dorchester's 'event of the year'. The special football match, hosted at Dorchester's Avenue Stadium and played between soldiers versus Dorchester's Town FC, invited the group to read an opening narration of the scene where British and German soldiers called a one-day truce in Christmas 1914 and play a friendly game of football. 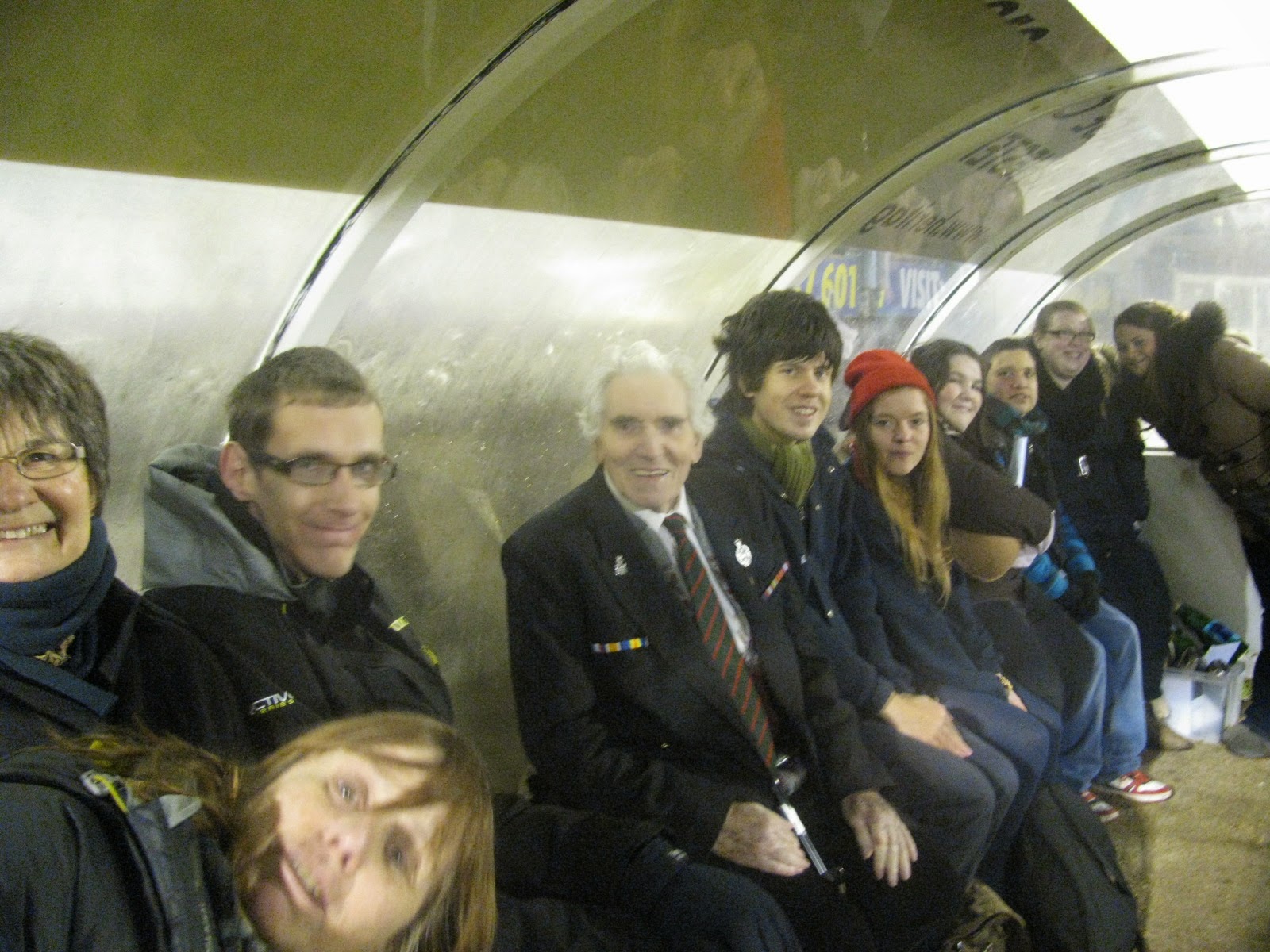 Jack played the role as lead narrator and Douglas and Kayleigh supported as German and British soldiers respectively. In the weeks running up to the event, the group taking part in the evening had a series of intensive rehearsal sessions, led by our Saxon expert, Pippa, in order to get prepared with the choreography and help with any issues the main actors may have had.

The evening itself presented its own challenges, as a chill in the air had made conditions outside less friendly and spots of rain began recurring. Moreover, our part in the show was the very highlight of the event, the pressure was on.  Being the professionals the group are though, we all made it with only a few blips that were easily taken care of. 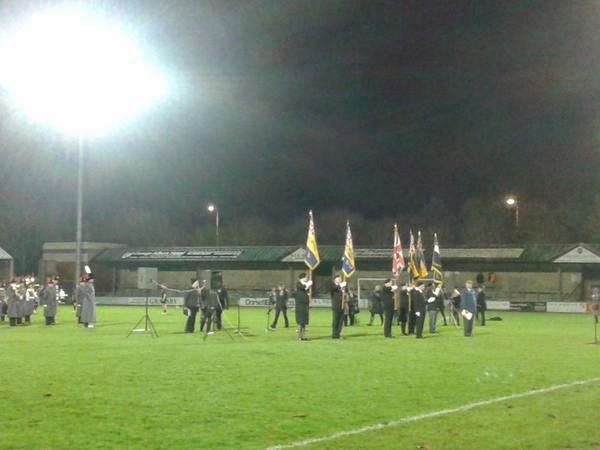 Allen Knott, Chairman of DYA and Community Director of the football club, wrote praising the group's efforts on the evening and said "I have to say I was the proudest man on the field. Our young representatives, together with their leaders, were superb and the clear message they gave was well received by the crowd."
"We are all indebted to them for the work they put into the event and I add my personal thanks to each and every one of them."


P.S. Have you seen this month's Dorchester Life yet? Pick up December's issue to see an article, featuring us! 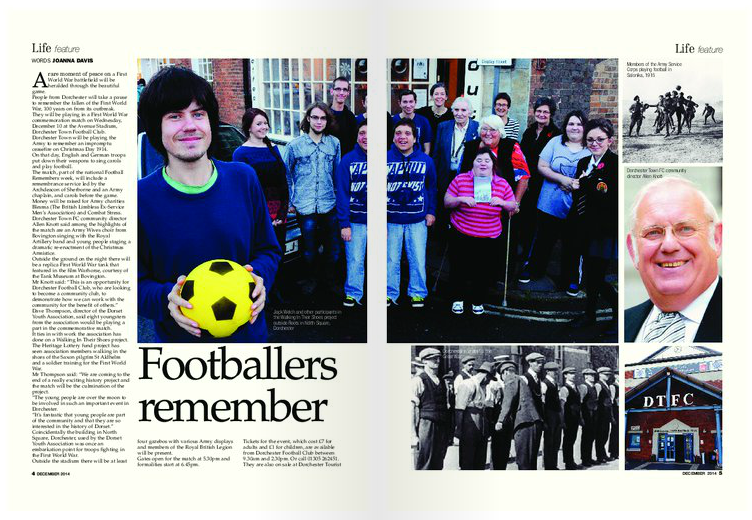 Posted by Dorset Young Remembers at 02:54 No comments: 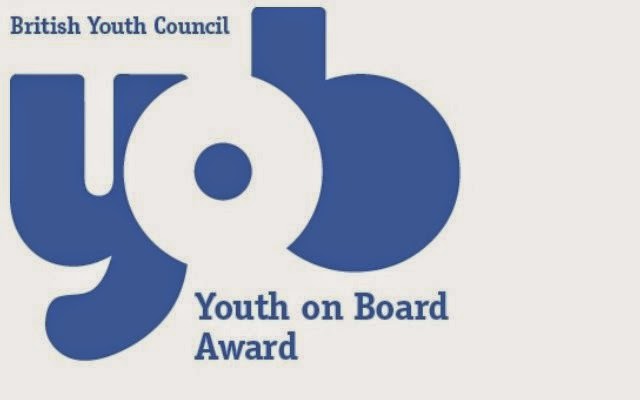 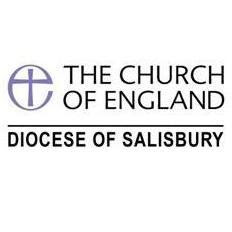